Automating your Image Pipeline: from Development to Staging to Production

Automating your Image Pipeline: from Development to Staging to Production

Previously, we had to manually provision all of our servers.  We would log into each server, run commands, install software, and copy code. Once the server was successfully provisioned, we would follow all of the same manual processes on every server. As the number of servers grew, sysadmins started writing scripts to automate these tasks. As technology evolved, we started using configuration management tools for managing all of the infrastructure changes.

In the majority of DevOps deployments, we follow two unique processes for automated Infrastructure deployment and management:

1: Mutable Infrastructure: With a Mutable Infrastructure, software is installed and updated after the instance is launched. First, we launch the base image. Then we install and configure the required software packages and deploy our code. Once the new image gets added to the auto scaling group, additional changes will be applied to the group of servers. To maintain our configuration and push new changes to the servers, we typically use management tools like Chef, Ansible, or Puppet. 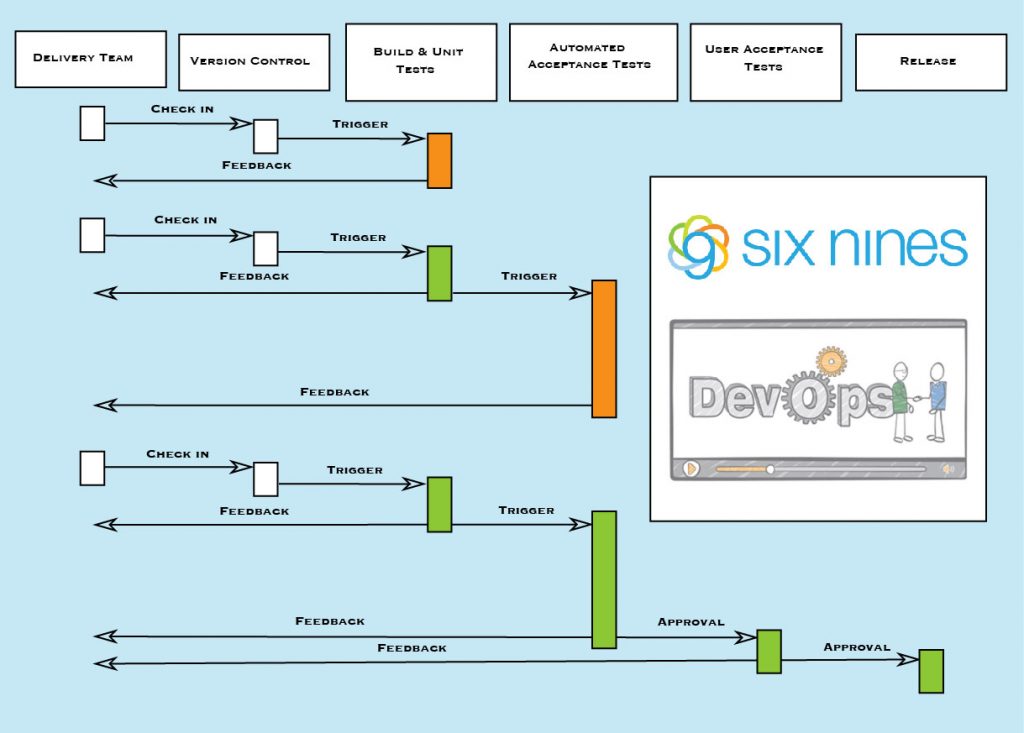 2: Immutable Infrastructure: Immutable Infrastructure is a more modern DevOps technique. It follows a process where any new images being deployed or configuration changes require a new image. This image will be baked with the new changes before the new servers are launched. This image is called a golden image or pre-bake image. Once the new instance, created from the updated image is added to the auto scaling group, it will be a functional server and ready to serve the users requests.

Both processes are fully automated and we can use the same configuration building, management, and deployment tools. The main differences between both of these processes are the deployment pipeline that is used and how we push updates to the production environment. 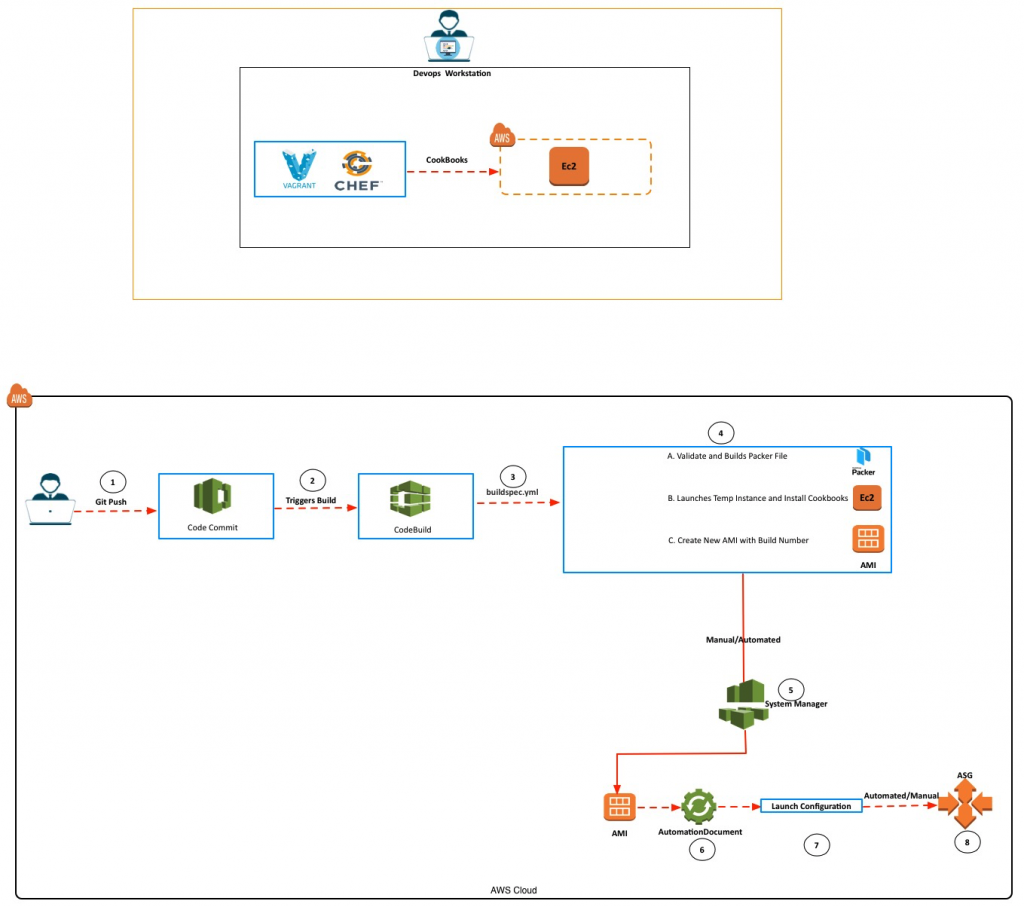 Tools we use to build Image Pipelines

Packer: Packer is open source tool for automating the creation of golden images of your server. Packer is capable of using configuration management tools like Chef and Ansible to install and configure required software. This is one of important component when we talk about Immutable Infrastructure

Chef or Ansible: You can use either Chef or Ansible as your configuration management tool for installing and configuring software on your server. In our case, we will be using Chef cookbooks.


Ec2 : AWS service where your application code will deployed.

Autoscaling: AWS service where a new launch configuration will be created for every build. Later, you will add your new instances to your autoscaling group.

Code-Commit: This is  Amazon’s  version of github. It is a managed source control as service.

CodeBuild: This is Amazon’s   alternative to Jenkins. It compiles cookbooks and runs tests against cookbooks.

For this guide, we will be deploying a sample PHP application using two different cookbooks. The first is a LAMP cookbook, which installs and configures Linux, Apache, MySQL, and PHP. The second cookbook is called “aws-cloudwatch logs” and it installs and configures the cloudwatch log agent. For local testing, we will be using AWS as the provider for vagrant. Let’s start with setting up a DevOps Workstation.