42 North provides a service which validates pharmaceutical manufacturer coupons against rebates used at various pharmacies. Their solution mitigates errors, fraud, and other issues caused by using old or invalid rebate codes. This involves ingesting a large quantity of files, processing data and returning batches of reports to customers.

As 42 North deals with Protected Health Information (PHI) data, they are required to follow HIPAA guidelines when managing, storing, and transmitting data.

Following early success, the company has grown its customer base and found that their current on-premises solution was inadequate to meet their forecasted demand. 42 North reached out to Six Nines for assistance in helping them move to a secure, modern cloud infrastructure and implement DevOps principles for efficiency and consistency.

Six Nines engaged with 42 North in a detailed discovery process as the first part of their customer Cloud Adoption Framework. The discovery process is designed to gain an understanding of a customer’s current platform requirements and dependencies as well as their future growth needs.

Six Nines followed security best practices which include preventing direct access to 42 North’s AWS resources by incorporating a bastion host in a public subnet with security group settings designed to allow access only to dedicated 42 North’s locations. Production instances are deployed in a private subnet with a separate security group. The HIPAA instances, on dedicated hosts, were granted internet access via the NAT Gateway for connectivity to updates and 3rd-Party BI solutions.

42 North has finalized their production code base, and they are now running workloads on the deployed AWS infrastructure. The customer has noted they are extremely pleased with the current architecture and will be looking to Six Nines in the coming months for additional technical support as they scale.

Six Nines helps customers move to the cloud responsibly. Headquartered in Oakland CA, with offices around the world, Six Nines has helped hundreds of customers Architect, Migrate and Maintain their cloud infrastructure. As an AWS Premier Consulting Partner with over eight years of experience, Six Nines is a leader in the cloud space.

To learn more about how Six Nines and AWS can help you deploy your DevOps environment, DevOps on AWS. 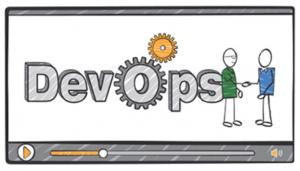